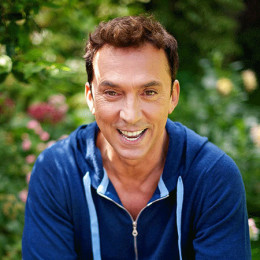 An Italian TV personality, Bruno Tonioli has choreographed music videos with popular musicians like Elton John, Duran Duran, and The Rolling Stones. He is also a choreographer and dancer who has appeared as a judge on the British dance competition, Strictly Come Dancing. He earns $266,710 - $332,053 as a BBC contributor.

Tonioli was born on November 25, 1955, in Ferrara, Emilia-Romagna, Italy. He is an Italian belonging to Caucasian ethnicity. He was raised in a working-class family in Ferrara, Italy.

Tonioli started his career as a choreographer at the age of 25. He is a judge on the British television dance competition show, Strictly Come Dancing and ABC's Dancing with the Stars. The show became one of the most successful reality shows of all time.

Tonioli, 65, is the co-creator of BBC talent show, DanceX and its American adaptation "Dance War: Bruno vs. Carrie Ann".

Talking about Tonioli’s personal life, he is not married and he has openly confessed to being a homosexual. He confessed that he is gay and spoke of the homophobic bullying in most of the interviews he held. He fluently speaks Italian, English, Portuguese, Spanish, and French.

According to Tonioli, he was bullied for being gay when he was young. He is also a spokesperson of the homophobic bullying.

Well, all Dancing with the Stars fans have the same question in their mind; Is the veteran judge Bruno Tonioli married? Who is his husband?

Currently, he is in a relationship with his longtime partner Jason Sachanne and they already had a commitment ceremony at season 14 of the Dancing with the Stars show. Stars including Perez Hilton, Evan Lysacek, and Johnny Weir attended.

The couple has been dating since 2000.

Bruno Tonioli's Net Worth and Salary