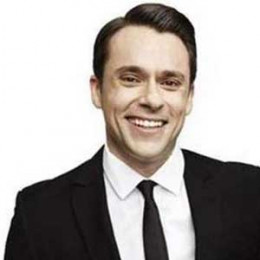 Bryan Safi is known as one of the most multi-faceted talents in the entertainment industry. He is also a co-host of the popular comedy podcast Throwing Shade. Safi is the creator and host of the Webby Award-winning, "That's Gay" video series. He also won Emmy Awards for his writing efforts on "The Ellen DeGeneres show."

Bryan Safi is an American writer, actor, host and a comedian, born in EL Poso, Texas.

Bryan debuted co-starring in the thriller, "A Deadly Adoption," along with Will Ferell and Kristen Wiig, which premiered on June 20, 2015, and made national headlines. Next, he was seen on the ABC Family's hit series, "Young and Hungry." He also got a role in the Indie feature"You're Killing Me," which debuted at the Inside Out LGBT Film Festival in Toronto in June 2015.

Besides, he is also a regular contributor to the weekday television entertainment news program, Access Hollywood Live. He also works in his weekly comedy podcast Throwing Shade, co-hosted by Erin Gibson. The show became famous and is one of the top 20 podcasts of 2015 by Entertainment and Rolling Stone. The show discusses topics of Women's right, Gay rights, Pop culture, adult issues, and politically incorrect ideas. After the show had gained success, Safi and Gibson took their act to the road in a show called Throwing Shade Live.

Safi also worked as a staff writer/performer for the Emmy-winning comedy website, "Funny n Die," founded by Will Ferrel and Adam Mckay, and he is also known for creating and hosting the Webby Award-Winning, "That's Guy" video series. Safi won his first Emmy Award for his writing efforts on "The Ellen DeGeneres show in 2010.

Bryan Safi, the handsome actor, and comedian is not dating anyone and is currently single. He is one of the media personality who follows the saying "Gay and Proud." Safi is open about his sexual orientation from his early age and says that he is different from others. During his childhood, he was always treated differently by friends, and even his mother outed him after finding a letter from his boyfriend.

As of 2017, Bryan Safi's net worth has not been disclosed, but it can be assumed that he ha earned a good amount from his career.