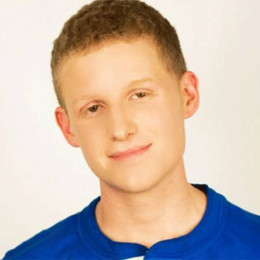 He is an online music blogger on YouTube whose real name is Bryan Odell. He is so famous that his YouTube channel has crossed over 630,000 subscribers. In 2008 he graduated from Lincoln East High School. According to him his primary motive to open his YouTube channel was to give more emphasis on the rock and metal music. According to source he earns more than 3,000 or 4,000 USD per channel visit per month. He was awarded with $35,000 which was grant by YouTube for wining YouTube NextUp contest which was held in New York City.

He was all over headlines after he was insulted calling his show "a joke" and his questions "bullshit" in an interview in which he interviewed Never Shout Never band. Later he told media that he felt bad that it made him cry, after that he was supported by many singers and later Ingle the band member of Never Shout Never apologized. Talking about his personal life he has not married yet and it seems like he is still single. Till now he has not disclosed any information regarding his relationship with anyone.

Bryan Odell was born on May 22, 1990, in Toyama, Japan. He is better known by his online alias, Bryan Stars. Odell holds American nationality and belongs to the White ethnicity.

Odell lived in Japan until the age of 8 where he used to bully by his friends. Later, he moved to Nebraska as a target of bullying. In 2008, he graduated from Lincoln East High School.

He joined the  University of Nebraska for two years and majored in Broadcast Journalism. But, he dropped his college in order to focus on his YouTube channel, BryanStars.