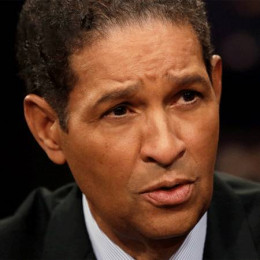 Bryant Charles Gumbel is a Sportscaster and television journalist, best known as co-host of NBC's The Today Show for 15 years. He became an editor of Black Sports Magazine in 1972, but he left the following year.

Bryant Gumbel is a married man. He tied the knot to his longtime girlfriend, Hilary Quinlan in 2002.

Prior marrying to Quinlan, Gumbel was married to  June, in semi-rural Waccabuc, north of New York City. The duo shared two children; a son, Bradley Christopher (b. 1978) and daughter Jillian (b. 1984).

He went through a surgery to remove a malignant tumor near one of his lungs, in October 2009.

Bryant Gumbel is one of the popular American TV journalists. His estimated net worth is $25 million.

Bryant Gumbel was born on September 24, 1948, in New Orleans, Louisiana, United States. He is the son of Richard Dunbar Gumbel, a judge and Rhea Alice, a city clerk. He studied at De La Salle Institute and later graduated from Bates College in 1970. He began his television career as a sportscaster at KNBC-TV, in October 1972.

She is the first wife of Gumbel. The couple together have raised two children: a son and a daughter.

She is a model and a former Goldman Sachs analyst. The couple is often spotted together and both seem happy with each other.

He is the first child and the only son born to Gumbel and his wife.

She is the youngest member and the only daughter born to Gumbel and his wife.