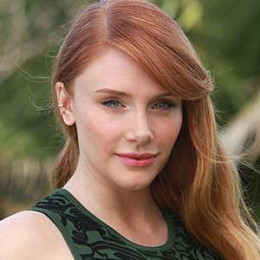 Bryce Howard is a producer, director, actress, and writer. She was born to father Ron Howard, a former actor, and Oscar award winning director, and mother Cheryl Howard, an actress, and writer. Bryce graduated from Greenwich country Day school. She played her acting debut in the film "Parenthood" in 1989. Then she went to small roles in film and stage performances for several years. During this time, Bryce attended Tisch School of the Art and also attended on professional drama schools in the year of 2006.

Bryce Howard did not have much access to a TV during her childhood. She became the first celebrity face of Kate Spade New York for their campaign in the year of 2011. Bryce directed and co-wrote the short film Orchids. She is married to her long-time boyfriend, Seth Gabel. They have two children together, a son, and a daughter. As of now, there are no signs of their separation.

Seth Gabel is an American actor. They got married after dating for a long time. They have two children together,

Bryce gave birth to Theodore at the age of twenty-five. He is the first child of them and his nickname is Theo.

At the age of thirty, she gave birth to her second child. Both were very excited when she was born.