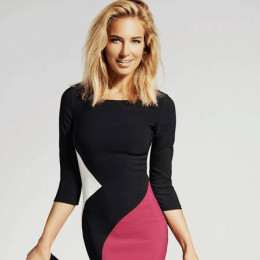 A Turkish beautiful and smoking hot anchorwoman, journalist and also actress known for movie named Romantik Komedi (2010). She completed her secondary education from Be?ikta? Lisesi and then she joined Istanbul University where she studied Tourism Management. Later she joined New York University and studied Tourism and Sports Management. During 1997 Miss Turkey contest she was ranked fourth. She started her career in broadcasting form children's program aired on Kanal D. She also worked as news reporter at CNN Turk's Sports News for five years. Currently she is host of Turkish version of the show The Great British Bake Off.

Exploring her personal life she was married with her boyfriend. Their marriage took place in Turkish consulate in Paris. But the relationship didn't well as it was supposes to and after three years of their relationship they got divorced due to some personal reason which they haven't disclosed yet. After her divorce she had an affair with couple of guys. Currently she is in relationship which means she is off the market.

Professionally he is a Ferrari's advertising director. After three years of their marriage relationship they got divorced.