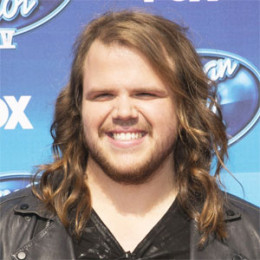 Recognized as the winner of American Idol season 13, Caleb Johnson auditioned for American Idol thrice in different seasons before winning the title. He was involved in many bands as a lead singer prior to participating in the reality show. In 2014, Johnson released his first album, Testify, peaked #24 on the Billboard. As of 2018, Johnson is single and is not linked to any ladies.

Caleb Johnson was born Caleb Perry Johnson on 23rd April 1991 in Asheville, North Carolina under the star sign Taurus. Johnson is American as per nationality and ethnicity wise he's White. His mother, Tamra Johnson works as an accountant whereas his father, David Johnson is a former football coach. He has a brother, Houston Johnson.

In 2009, Johnson graduated from Clyde A. Erwin High School in Asheville. During high school, he was part of drama club and chorus.

Caleb Johnson developed an interest in music at the age of 17 after Josh Sawyer, high school band member of Rock Bottom asked him to be their lead singer. The following year, he joined another band, Elijah Hooker as a lead vocalist. The band members included Josh Sawyer, Brain Turner, Shawn Forest and Colten Emery. In June 2013, the band released their self-titled debut album. 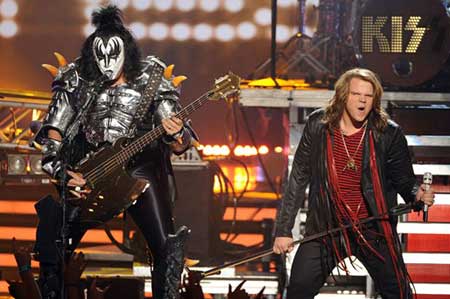 Fortunate Son by Creedence Clearwater Revival is the first song he performed in public.

Johnson has been working on his second album since 2016. The same year he released two singles, Holding On and Hanging with the Band.

Caleb Johnson, the winner of the 13th season of American Idol, has an estimated net worth of $1 million. Johnson earn much from the sales of his album and singles

Johnson has a self-titled YouTube channel from where he made a good amount. His videos on an average earn around thousand views per video.

Caleb Johnson, a talented singer, is currently more on making his career rather than engaging in any relationship.

He has not been linked to anyone nor spotted with anyone who can be assumed as his girlfriend. At present, he is possibly single.

In the past, Johnson was rumored to be dating, Jena Irena, the runner-up of American Idol season 13. The couple later confirmed that that the buzz was false.