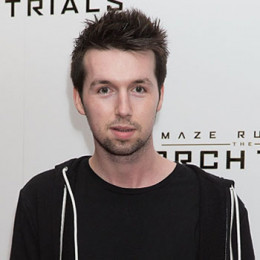 Callum McGinley an English Prankster and a YouTube Star who is immensely popular for his work as a YouTuber. His YouTube channel �Callux� has more than 2.1 million subscribers at present. His videos are comedy videos and funny interviews.

Born and raised in England Callum McGinley was interested in acting from a young age and wanted to pursue it as his career. He attended the University of Essex where he studied drama and English literature. Both his parents are of English descent.

Callum created his Youtube account on 22 April 2012 with the name Callux. He often uploads prank and comedy videos on his channel. He has around 2.2 million subscribers on his channel.

He also got an opportunity to interview Will Smith and Jaden Smith for a video. Some of his popular videos include, "Best Pick Up Lines," "Trolling Beliebers," "Stolen laptop Prank'.  He has also collaborated with fellow YouTubers including The SyndicateProject and KSI.

This young and talented Youtuber, Callum is currently unmarried but is believed to be in a relationship with his girlfriend Sarah, and both of them seem very happy and in love with each other.

Callum is known as Callux on YouTube probably has a net worth in six figures. His channel has about two million subscribers and on average, he gets about one million views on his videos.