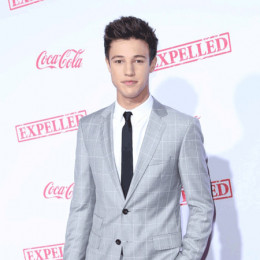 An American internet personality, Vine star and actor who is better known for his comedic videos on his self-titled YouTube channels. He started her career as web star by posting Vines of himself playing pranks and jokes on his friends and family. he has already crossed 4 million subscribers in YouTube channel and 8 million subscribers in vine. In 2014 he starred in AwesomenessTV comedy film Expelled alongside with his friend Nash Grier. In 2014 he was awarded with a Teen Choice Award for Most Popular Viner. He also own his own clothing line with Aeropostale alongside his friends Hayes and Nash Grier.

Talking about his personal life he has not married yet. His relationship status is kind of controversial. He posted s serial of photo of him lip locking with his girlfriend but later posted that it was just a joke and he is not in relationship. But he later posted a photo holding his girlfriend hand in public. Due to all this series of photo we can conclude he is in relationship and he is just messing around his fans because he is prankster obviously.