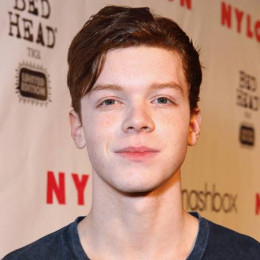 Cameron Riley Monaghan is an American actor best known for playing on the Showtime comedy-drama series Shameless as Ian Gallagher. He has done some movies like Vampire Academy, Prom, Click and The Giver. From the age of 5 he started acting in commercials and by the age of 7, he started appearing on stage as Stuart Little in "Stuart Little". He was raised by her mother Diane Monaghan, an insurance claims specialist.

Moving on to his personal life, he hasn't been married to anyone yet and does not have children as well. There is no record of his past affairs. He was recently spotted with a sexy blonde lady at a hotel, it's a bit of suspicious about his relation with that lady. There are lot of rumors going on about her sexuality of being a gay, but he has clearly stated that he is straight and proved those things as hoaxes.