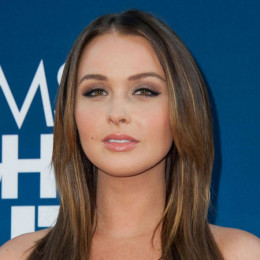 An English actress who is widely known for her role as Dr. Jo Wilson on ABC's Grey's Anatomy. She completed her schooling from Marist Senior School. In 2002 she graduated from The American School in England. Later she attended New York Film Academy where she learned acting. She debuted in the role of Catherine Middleton in the movie William and Kate. In 2013 she was seen in the role of "Lara Croft" in the Tomb Raider (2013) reboot. She also provided voice and motion capture Lara in the Tomb Raider video game.

Talking about her relationship she has not revealed any information regarding her personal life . It seems like she is kind of person who doesn't like to share her private information to the media. She may be married and have kids or she may be dating anyone but unfortunately she has not revealed anything about it. She mostly shares her thought through the social media app twitter and he fans can follow her in her official twitter account @camilluddington to get more updates on her.