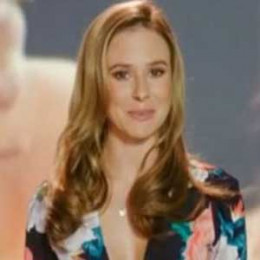 A Scottish TV personality, Camilla Thurlow is best known for the ITV2 series, Love Island. She was referred as one of the intelligent contestants of the show. She earned huge fame from the series than that of another contestant. She is also working for the war-zoned countries like- Syria, so she keeps on traveling to perform her job. She also used to work in The Halo Trust Charity Organization.

Camilla was born on 9th July 1989 in Scotland. In the starting of her career, she worked for The Halo Trust charity organization. After that Camilla participated in Love Island 2017, a dating-based reality show hosted by Caroline Flack, a TV personality along with the contestant, Harley, Montana, Dominic, Olivia, Amber, Sam, Jessica, Kem, Chloe, Marcel, Jonny, Chris, Tyne-Lexy, Gabrielle, and Mike. She earned huge fame from the sexy looks on the reality show, Love Island.

Apart from the show, she works in the field of Explosive Ordnance Disposal and travels to countries where war is ongoing and safely denotes bombs that have been left in zones of conflict including- Syria.

Camilla's personal life was once the hot topic in the town. In 2014 she was in a relationship with Prince Harry who is the younger son of Charles, Prince of Wales and Diana, Princess of Wales. The couple was spotted for the first time in a clinch at the Tonteria nightclub in Sloane Square.

Before Camilla, Prince Harry was in relation with Cressida Bonas, and after few months of break up, Harry started dating Camilla. After certain years of dating, the couple split up. So, currently, Camilla is single.

The sexy, Camilla Thurlow might have an estimated net worth in 6 digits.  She might earn enough from her dangerous job and the shows as well.