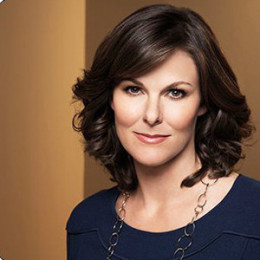 News & Documentary Emmy Awards winner for Outstanding Coverage of a Breaking News Story in a Regularly Scheduled Newscast, Campbell Brown is a television journalist, news reporter and an anchor from United States. She is the daughter of former Louisiana Democratic State Senator James H. Brown Jr., and Dale Campbell. Brown attended Louisiana State University for two years before graduating from Regis University. Then She worked at WWBT-TV, WBAL-TV and WRC-TV and then joined NBC News as a White House correspondent. After serving in the NBC News for about a decade, she joined CNN as the co anchor of the show, CNN Election Center.

Campbell has been married twice in her life. Campbell was once married to Peregrine "Pere" Roberts but this married life didn't last that long and it ended in a divorce. In November 2005, Campbell got engaged to Dan Senor. He has also established himself as a political adviser. After being engaged for about five months, they finally got married. As a married couple, they have been parents twice.

Shehad been married briefly to Washington D.C real estate broker Peregrine “Pere” Roberts. The marriage was not successful ending up in divorce.

They had met in Iraq in 2004 while she was reporting the daily news on conferences and he was the spokesperson for the Coalition Provisional Authority in Baghdad. After being engaged for about five months, they finally got married on 2nd of April 2006.

They were blessed with this second child on April 6, 2009.