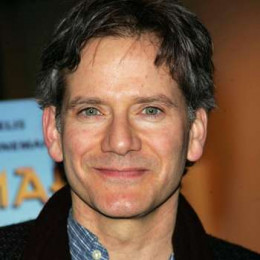 An American director, producer, actor and voice artist who is better known for his appearance in the movies like Longtime Companion, Dying Young, and Big Night. He is also popular for his role as Boris Kuester von Jurgens-Ratenicz on "Royal Pains".

Campbell Scott is happily married to Kathleen McElfresh since 2009. Previously, he married Anne Scott in 1991 and divorced in 2002. He has two sons; sons, Malcolm and Callan. He lives along with his family in northwest Connecticut.

Campbell Scott holds an estimated net worth of $1 million.

Campbell Scott was born on July 19, 1961, in New York City, New York, U.S. He is a son to George C. Scott and Colleen Dewhurst. Both of his parents were actors so he was deeply inspired by his parents to be an actor.

In 1983 he completed his graduation from Lawrence University. During his high school, he was heavily involved in his high school's theater productions.

Together they were parents of one son. They were in marital relationship for about a decade.

She is also an actress known for her roles in movies like Love, Lots of It, A Lotus 'Til Reckoning. Together they are parents of one child.

He is the eldest son from his first marriage. Currently he is studying in high school level.

He is the younger child of the family. He stays in north west Connecticut with his parents.