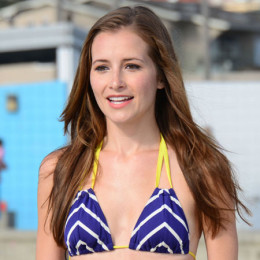 Candace Kaye Bailey is an American television personality, actress and model, noted as a co-host of the television program Attack of the Show! aired on G4. At the early age of 12, she joined a New York City modeling company and started modelling since then. She is a graduate of Marymount Manhattan College based in New York City. Though she is an actress and model, she also is a former Junior Olympic gymnast.

Exploring her personal life, she is currently single. She once was a married but her marital relation didn't work so well so she decided to get separated with her husband. She has not been a biological mother yet. Prior to her marriage, she had dated a guy but except him, there is no any information regarding her past affairs. To check out her jaw dropping images we can check out her Instagram @https://instagram.com/candacebailey/?hl=en.

He is the first husband of Bailey, who is an American television personality and producer. The two separated in 2014.