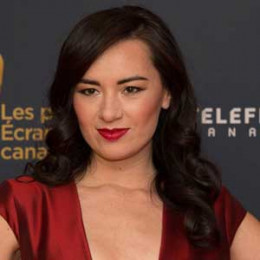 Cara Gee, a Canadian actress, is well known for her excellent work in her first movie, Empire of Dirt. She was nominated for Best Actress in 2nd Canadian Screen Award for her film, Empire of Dirt. Cara also won a 2013 Toronto International Film Festival and The American Indian Film Festival as the Best Actress. Recently, she appeared in The Expanse is a Science Fiction Drama series in the second season.

Cara Gee was born on 2nd September 1983 in Calgary, Alberta. She is a Canadian and is of white ethnicity and is of Ojibwe descent.

Gee debuted from the television series, King in 2012 with the guest appearance, created by Bernard Zuckerman and Greg Spottiswood. After that, she worked in the Republic of Doyle in 2013. Cara debuted in film from Empire of Dirt from which she grabbed massive fame plus Screen Award too.

Cara's acting credit include- Daniel Mac lover's Arigato, Margaret Atwood's The Penelopaid, Tomson Highway's The Rez Sisters and others. In 2016, she starred in Inhuman Condition, a web series which aired on the KindaTV YouTube channel. Later in 2017, she appeared in The Expanse by Mark Fergus and Hawk Ostby with the role of Drummer.

She won a Special Jury Award at the 2013 Toronto International Film Festival. Furthermore, she grabbed an award for Best Actress at the American Indian Film Festival.

The beautiful, Cara is single currently. There is no such news about her link up and dating with any of the guys. She might have dated few guys in the past but not revealed any information about it. Cara kept her private life secret from the media.

Gee might earn much from the series and movies which she did. She also wears fabulous dresses in every event, so might have a good figure earning.