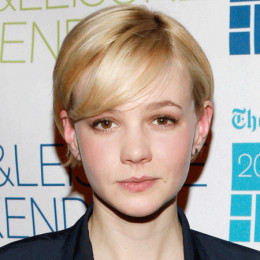 Carey Hannah Mulligan is a British actress, best known for her roles in films like Skylight, The Great Gatsby, Never Let Me Go, Far from the Madding Crowd and Shame. She made her film debut by playing in Pride & Prejudice, as Kitty Bennet. In 2009, she received the Shooting Star award from the European Film Promotion. She is the daughter of Nano Booth, a university lecturer and Stephen Mulligan, a hotel manager.

This gorgeous and talented actress is no more single. She is now married to her childhood pen friend who by profession is a singer and musician. The couple is expecting their first child in 2015. Looking at this couple, it seems like they are made for each other and have a great bonding, so there is no point on their divorce. Before all this, she had dated few Hollywood stars in her past days.

He is the first and the only husband of Mulligan, who is a lead singer of the band Mumford & Sons. The couple is expecting their first child in 2015.