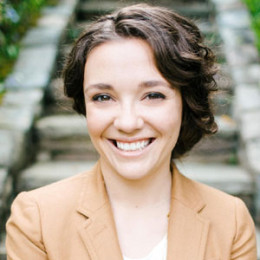 Cari Tuna is a former Yale Daily News writer and writer for the Wall Street Journal. She is currently working full time on Good Ventures. She came to the highlights after her marriage with her boyfriend American Internet entrepreneur Dustin Moskovitz. He is a co-founder of Facebook with Mark Zuckerberg, Eduardo Saverin, and Chris Hughes.

Cari Tuna was born in 1986, in the United States of America. After completing her primary level education, she joined Yale University graduating in 2008 with a B.A in political science.

Cari Tuna began her career in journalism after graduation. She first worked as a writer for Yale Daily News. After that, she moved to The Wall Street and worked hard for about three years. In the year 2011, Cari quit her job to start her Philanthropy journey.

Cari Tuna is married to her boyfriend Dustin Moskovitz. Her husband Dustin is one of the co-founders of Facebook. He is a family guy and he is living a happily married life with his wife Tuna.

Cari Tuna first met Dustin while she was serving as a reporter for Wall Street Journal. The couple dated for many years before tying the knot.

It's been almost four years and there are no signs of divorce as the couple still shares a strong bond.

The pair has used their wealth for various charitable events. According to Forbes, Dustin listed his net worth at $10.5 million and he spends 7.6% money for needy people.

They became the first couple that signed the Giving Pledge in 2011, which is established by Bill Gates. They are presently working in their private organization, which is a collaboration between GiveWell and Good Ventures.

Dustin Moskovitz and his wife like to keep the details about their personal low-key, even he is the co-founder of the largest social media. They became part of criticism after they donated 20-million supporting Hilary Clinton campaign. Some have incurred allegations that they unfairly influencing political results.

Eventually, Dustin said the following in response to this:

“We may be criticized by some for taking this action and there will be theories projected onto our reasons — but those who know us best will see the sincerity of our intentions, and can attest that the thoughts above represent the full scope of our motivations. We offer them humbly, and with the deepest love for America, and for the world.”

Cari's net worth has not been disclosed but her husband Dustin Moskovitz’s current net worth is $12.7 billion. She stands at the height of 5 feet 7 inches. She has a dark brown hair and brown eyes.

Dustin Moskovitz is a co-founder of Facebook with Mark Zuckerberg, Eduardo Saverin, and Chris Hughes. The pair is happily married but they don't have any children. Maybe they are just keeping their children away from the limelight.