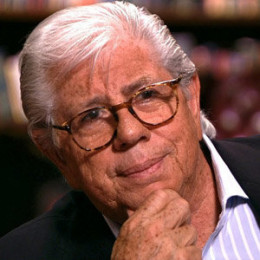 An American investigative journalist and author, Carl Bernstein is currently married to Christine Kuehbeck since 2003. He was born to mother Sylvia (Walker) and Alfred Bernstein. He attended Montgomery Blair High School in Silver Spring, Maryland. He began his journalism career at the age of 16 and became a copyboy for The Washington Star. Currently, he is a Visiting Presidential Professor at Stony Brook University and a regular political commentator on CNN.

Carl Bernstein has been married three times, first to a fellow reporter at the Washington Post, Carol Honsa in 1968 and separated in 1972, then to writer and director Nora Ephron in 1976 but they didn't continue their relationship and divorced in 1980 and since 2003 to the former model Christine Kuehbeck. Carl is the father of two children named, Jacob Bernstein, Max Bernstein from his second marriage.

Carl Bernstein has been married three times, first to a fellow reporter at the Washington Post, Carol Honsa in 1968 and separated in 1972.

Currently, he is married to the former model Christine Kuehbeck since 2003. She is the third wife of him.

Jacob Bernstein is also journalist. He has one younger brother.

Max Bernstein has one elder brother. He is a successful rock musician who has had his own bands and commercially released albums, is now the guitar player for pop star Kesha.