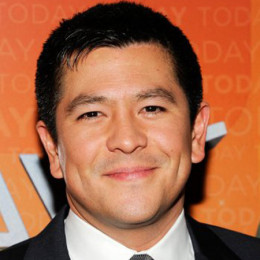 An American journalist who is widely known as host of the show Squawk on the Street which is aired in CNBC network. Apart from that job he also works as news correspondent of NBC news. He received Bachelor of Arts degree with major political science from the University of Colorado at Boulder. In starting of his career he was hired by Boulder Daily Camera where he worked as reporter and essayist when he was still in university. Formerly he is also National Public Radio as assistant editor, junior reporter in newspaper of Chicago. Then in 1999 he joined CNBC as a news reporter.

Talking about his personal life he is already married to his longtime girlfriend. They seems like very happy couple sharing happiness and mutual understanding. There has been no rumor of any kind of divorce or extra marital affair from both sides which suggest that they are very faithful to each other and they are leading happy married life. Together they are parents of beautiful twin daughters.

She is a former CNBC and MSNBC producer. She seems very happy with Carl. Together they are parents of twin daughters.

She is very cute and adorable. She weighed 4 pounds, 8 ounces when she was born.

She is gorgeous too. She weighed 3 pounds, 3 ounces when she was born.