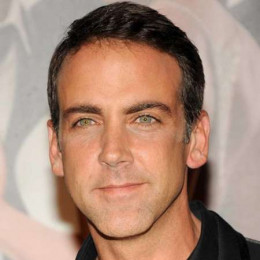 Puerto Rican singer, Carlos Ponce is also a composer, actor as well as a television personality who has participated in several American TV shows and also sings occasionally. Born on Santucre, Puerto Rico to parents Esther Freyre and Carlos Ponce, he participated plays in scholl when he was a child. He graduated from the New World School of the Arts conservatory. He has appeared in movies like Chasing Papi, Deuce Bigalow etc.

Carlos has been married and divorced. After marrying his high school sweetheart, he had four children with her. The relationship did not last and the companionship ended in a divorce. After their divorce, he has been involved with an actress. This couple has been together for the past few years and is supposedly doing well together. During his marriage to his first wife, he was rumored to be cheating on her and dating somebody else.

Veronica Rubio, a photographer by profession, was Carlos's high school sweetheart. After spending many years together as husband and wife and even having four children together, the couple got separated.

Carlos Ponce and Veronica Rubio's first child, a son was born on 1999. The family resided in Miami.

Carlos and Veronica Rubio's second child, a son was born on 2001. The family resided in Miami.

Veronica Rubio and Carlos Ponce's twin daughters Savannah and Sienna were born on 2002.

Veronica Rubio and Carlos Ponce's twin daughters Savannah and Sienna were born on 2002.