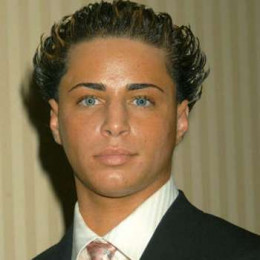 He is a New York mobster from the Gambino crime family who ran a scrap metal recycling operation. In 2001, he was sentenced to nine years in federal prison for his criminal activities and was ordered to forfeit $10 million in assets to the court. He was released from federal custody on January 16, 2008. In July 2015, he was arrested in Cleveland, Ohio on charges of theft, money laundering, conspiracy, as well as drugging race horses.

His personal life is full of ups and downs. Till now he has been married two times. At first he married his high school sweetheart, who was the daughter of Gambino crime family Mafia boss, John Gotti. Together the couple have raised three sons. After divorce with his first wife, he married his second wife whom he first met while he was in jail. With his second wife he has raised a son.

She is the first wife of Agnello, who is a writer and reality television personality. The two stayed as husband and wife for almost 18 years.

She is the second wife of Agnello, whom he married in the year 2008. The two first met each other in prison.

He is the eldest son of Agnello, who is a reality TV star.

He is the second son of Agnello, who now is married to the gorgeous Alina Sanchez.

Agnello raised a son with his second wife whose details has not been disclosed to the media yet.