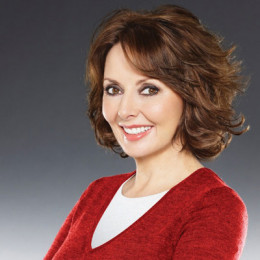 Carol Jean Vorderman is a British media personality. She is best known for her co-hosting for 26 years in a popular game show named Countdown. She is also an anchor of ITV’s Loose Women for 4 years from 2011 to 2014. Her father is Dutch and her mother is Welsh. Her parents had separated when she was just of three weeks. She had completed her graduation from Cambridge University in Engineering in 1981.

At first, Carol was married to a Royal Navy officer and a former international rugby league player Christopher Mather. But her marriage also did not last only for 12 months.

After that, she married to a management consultant Patrica King. She has two children. But after ten years of long relation, the couple got divorced. She also had a live-in relationship for 5 years with a Daily Mail columnist and PR consultant.

Married twice, Vorderman stated that she doesn't see the third marriage. She said,

"I’m single and, yes, I am dating. Would I marry again? Honestly, I just can’t see it."

As per celebrity net worth, Vorderman has an estimated net worth of $10 million as of 2019.

Carol Jean Vorderman was born on 24 December 1960 in Bedford, England.

He is a British media personality known for being the host of the Countdown game show for 26 long years. Further, she has also the presenter for shows like How 2, Better Homes, Pride of Britain Awards, Take Nobody's Word For it, Carol's Big Brain Game, Have I Got News For You, The Sunday Night Project, and Lorraine.

She first married to a Royal Navy Officer Christopher Mather in 1985 but they divorced and the relation was not so successful.

She married Patrick King a management consultant in 1990 after her divorce from the first marriage.The couple had 10 years of life together before they divorced.

She had a live in relation of five years around with Des Kelly and later on they could not get going and had to split up. The reason is not known.