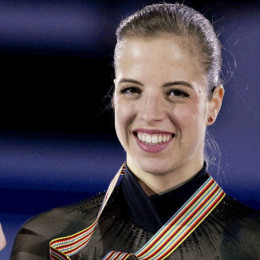 This pretty enthusiastic lady is an Italian figure skater, who is the recipient of 2014 Olympic bronze medalist, the 2012 World champion, medalist at five other World Championships also is the 2003 World Junior bronze medalist and a seven-time Italian champion. Her father Erwin, is a ice hockey player and former coach and mother Patrizia, is a nationally ranked figure skater in the 1970s.

Accounting her personal, she is yet unmarried. Few years back she was in a serious relation with a guy who is a Race Walker. The two were often spotted at various spots and events and they both became a part of controversy when her boyfriend was accused of using dope and she lied to police officials to save him. For her such activity, she is banned for 16-month and was fined €1,000.