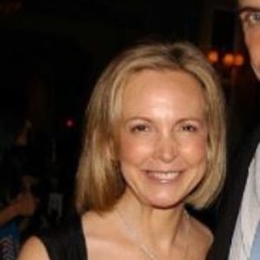 Caroline Smedvig only rose to fame internationally after her marriage to the six times Grammy Winner James Taylor. James is popular for his outstanding tracks, including 'Fire and Rain' and 'Carolina in My Mind.' 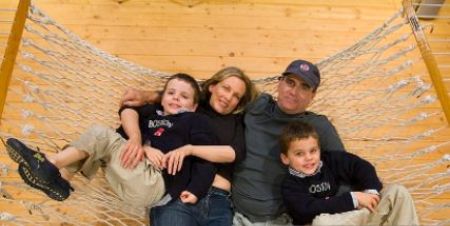 Likewise, the couple welcomed twin sons, namely Rufus Taylor and Henry Taylor, born in April 2001. They came into the world via an unnamed surrogate mother who was a family friend of Taylor.

Well, surrogate mom underwent a vitro fertilization process in 2000, and the news of pregnancy came out a month before the birth of twins. At present, Smedvig lives a normal life with her family in Lenox, Massachusetts home.

Past Marriages Of James Taylor

In the meantime, James previously exchanged the vows with Carly Simon in 1972 until the two called it quit in 1983. Caryl made hitmaker songs like 'Anticipation' & 'You're So Vain.' The former pair also shared a daughter Sally Taylor. 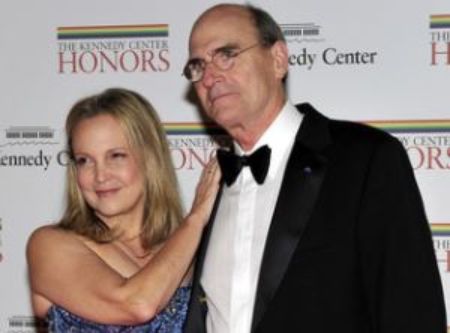 Following two years, the singer finalized his union with a beautiful lady named Kathryn Walker in 1985 with whom the singer wed at the Cathedral of St. John the Divine, New York. Sadly, their marital ties dissolved in 1995. Likewise, they never had kids.

At present, Caroline and her present hubby are incredibly supportive of each other and have been together for a long time. Along with their frequent public appearance, they are often spotted together performing on stages.

How Rich is Caroline Smedvig?

Caroline Smedvig has an estimated net worth of $500,000, while James' fortune is over $80 million. Smedvig served as the director of public relations and marketing for the Boston Symphony Orchestra. Then, after leaving the company, Caroline started working as a trustee for BSO in 2004.

Watch the video of Caroline Smedvig with his husband, James Taylor, on stage.

Speaking of her spouse, James made his musical career debut in 1966. The five-time Grammy award winner from his 1977 album 'JT' to his 2015 US number one record 'Before This World' has truly blessed the entertainment industry.

Furthermore, Caroline's son Henry Taylor hopes to venture into his father's footsteps. Henry describes himself as a musician and lover of guitar on Instagram.

Caroline Smedvig tied the knot with Rolf Swedvig in 1980. After a few years, they separated their ways.

Rufus Taylor is one of the twin sons of Caroline Smedvig and James Taylor, both born in April 2001.

Henry Taylor is one of the twin sons of Caroline Smedvig and James Taylor, both born in April 2001.