Carrington Franklin is best known for being the oldest daughter of the gospel singer Kirk Franklin. Kirk is a seven-time Grammy Awards winner, prominent for leading urban contemporary gospel choirs such as The Family, God's Property, and One Nation Crew.

Best known as the eldest daughter of the Franklin family, Carrington Franklin is blissfully married to her boyfriend turned husband, Maxx Nakwaasah. The lovebirds walked down the aisle on October 1, 2016. The lavish wedding ceremony took place in Dallas Union Station, where gospel legends like Donnie McClurkin and Erica Campbell attended the nuptial. 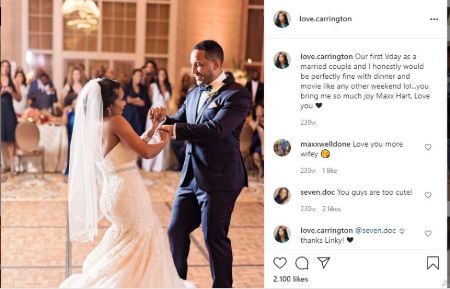 In addition, the adorable couple met for the first time in 2009 during Carrington's high school years. But, the two began dating in 2011 and are together ever since. On October 5, 2015, Franklin and Nakwaash got engaged. Her sweetheart went on one knee and proposed to the Baylor alum to spend the rest of her life with him, which Carrington happily accepted.

Further, Frankin and her spouse Nakwaasah are parents to a son named Shiloh Mekhi, born on April 13, 2020, making Kirk Franklin and Tammy Franklin first-time grandparents. The newborn baby weighed 7lbs 14oz and was 19 inches at the time of his birth. Well, the proud mother shares numerous pictures of her baby on her Instagram. As a married couple, both husband & wife share a great romantic life without any rumors of split or divorce.

It may be surprising to many that the gospel singer Kirk Franklin is not Carrington's biological father. Rather, she is the daughter of Tammy Collin and was born from her relationship before Kirk. Later on, when Tammy married Kirk, he adopted Carrington as his own kid. And, ever since Carrington is known on media as the first child of Kirk and Tammy. 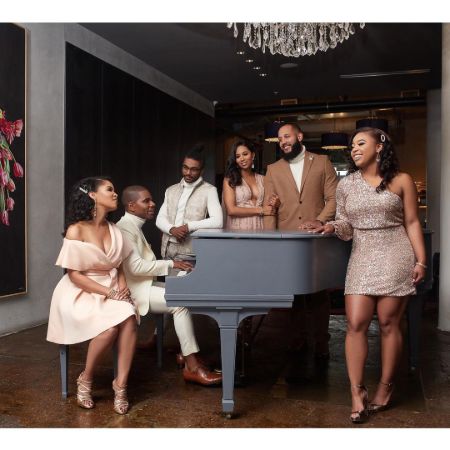 Nevertheless, Franklin shares a great relationship with both her parents; in fact, her relationship with her adopted father Kirk seems even stronger even though he's not her biological dad. Carrington often shares photos of him on her social media.

In 2019, Carrington shared a beautiful picture of her parents on her Instagram, wishing them for their anniversary. Also, in January 2020, Carrington and all her family members gathered to celebrate her dad's 50th birthday and looked pretty glad together.

How rich is Carrington Franklin?

Kirk's daughter Carrington Franklin began her illustrious career as an intern for KLTY Christian Radio in June 2008. Then, from May 2009 to Nov 2011, Carrington worked at Karmen Johnson & Associates and Girl Scouts of Central Texas.

Watch the video of Carrington Franklin's wedding with Maxx Nakwaash below.

Moreover, Carrington was also associated as Social Media/Marketing Manager at UT Arlington Continuing Education for 18 months from March 2012. Then, in the position of Executive Assistant, she served at Pat & Emmitt Smith Charities and Treasure You.

As for now, Carrington serves as the CEO and Creative Director at Liz Kennedy Brand Management and leads a successful career in the business. Meanwhile, her spouse, Maxx, is a senior fund accountant at Hudson Advisors. Coming to her net worth, Carrington possessed a staggering $2 million, as of 2021 earned from her career in branding and marketing.

Carrington Franklin walked down the aisle with her boyfriend turned husband on Maxx Nakwaash on October 1, 2016.

Shiloh Mekhi is the son of Carrington Franklin and Maxx Nakwaasah.