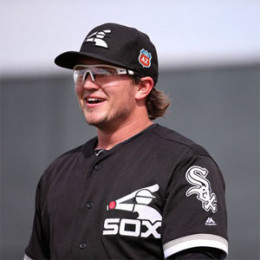 Carson Fulmer was born Carson Springer Fulmer on 13th December 1993 in Lakeland, Florida. He is American and belongs to White ethnicity. Fulmer was raised by his parents Kandi Fulmer and Art Fulmer along with his siblings Kelly Fulmer, Art Fulmer, Drew Fulmer and Amy Fulmer.

He studied at All Saints’ Academy in Winter Haven, Florida and later attended Vanderbilt University.

As of now, Fulmer is playing for the Chicago White Sox (including players Yoan Moncada, Jose Abreu, Tim Anderson, Carlos Rodon, Avisalil Garcia, James Shields and others) as a pitcher.

He was drafted in the 15th round of the 2012 Major League Baseball Draft by the Boston Red Sox when he was in school. In 2013, during his freshman year, he played almost 26 games as a relief pitcher and ended the game with 51 strikeouts in 522/3 innings. In 2014, his actual career began after playing as a starter where he had a scoreless streak in 28 innings.

Later, he won his team the 2014 College World Series playing against Virginia Cavaliers with the score 7-1 in 91 innings.  For his performance throughout the series, he was awarded the SEC Pitcher of the year, the National Pitcher of the Year and even became the finalist for the 2015 Golden Spikes Award.

In 2016, Fulmer was selected by the Chicago White Sox with the signing amount of $3470,600 in the eighth overall selection of the 2015 MLB Draft. From the same year, he also began to play in the Major Leagues.

On 3rd November 2017, Carson Fulmer tied the knot with his longtime girlfriend, Sabina Vargas in a mountaintop ceremony at the Malibu Rocky Oaks Estate Vineyards. They announced their wedding via social media posting a mesmerizing picture together with the caption,

Both were looking great on their wedding day as the bride was wearing an E1601 Ester Haute Couture lace gown whereas the groom settled for the good old black suit.

The 23-year-old young baseball player, Fulmer is earning a decent amount of salary, $507,500 annually. So, his net worth is estimated to be not less than a seven-digit figure.

As of 2016, he received a signing bonus of $3470,600 joining the Chicago White Sox. He also spent much of in his wedding and his honeymoon at the French Island of Bora Bora.