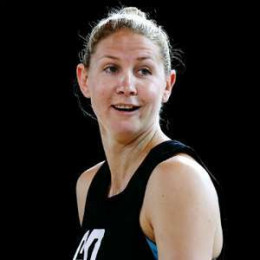 Casey Kopua is an international netball player from New Zealand. She is the daughter of Joanne Williams and Murray Williams. Casey attended Matamata college and started her netball training at a netball club. She began her professional career in 2003 and won two silvers at the World Netball Championships. She joined the Silver Ferns at 18 in 2004 and became captain at 23 in 2009.

Casey Kopua married her longtime boyfriend Terry Kopua in 2012. The wedding took place in a decent ceremony in Waikato, New Zealand. The couple welcomed their first child, a daughter in May 2016. Kapua, who went through patella tendon surgery announced the birth of their daughter through twitter. Casey and Terry are still together, sharing a good chemistry with no signs of divorce till date. According to her public profile, she has not faced any legal controversy, professionally or personally.

Casey Kopua married to Terry Kopua in 2012.She is living her life very happily and comfortably with her husband.

The couple welcomed their lovely daughter on 21st May 2016.