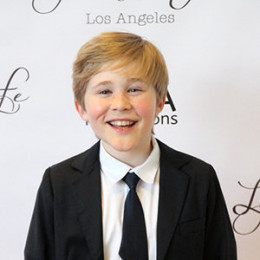 Mostly famous as an American child actor, Casey Simpson is known for his work as Ricky Harper in Nickelodeon show Nicky, Ricky, Dicky, and Dawn. He was born and raised at his parents’ house in California. He is known not only for his on-screen works but also as a voice actor. The child actor has given his voice in Despicable me 2. Casey is also known for his work in Bukowski. He started his career in acting by working in the movie "Five" in the year 2011.

He plays the role of a smart and nerdy kid in Nicky, Ricky, Dicky and Dawn. He is also known for his works in the TV shows "We Make that Lemonade" (2014) and "Memoria" (2015). He is a child actor and is often praised for his cute looking face and outstanding acting. Simpson looks handsome and has a large fan following which is continuously increasing these days.