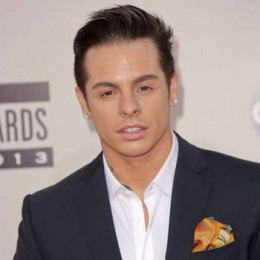 Casper smart has is an actor, singer and a choreographer who has been basically known for being linked with the famous Jennifer Lopez. He plummeted into the heights of fame since the age of 20 and has since been seen on several television shows like So You think You Can Dance, The X Factor, and Glee etc. he has made a name for himself for his dancing skills on screen.

Casper has had been in a longtime relationship with a well-known actress and celebrity of Hollywood. He rose to fame particularly after being associated with her. The couple has been on an on an off affair but seem to be one that will last a lifetime. They are planning on getting married and will certainly do so real soon. He has never been married and has no children yet.