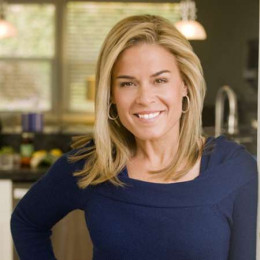 An American professional chef who is better known for competing on Iron Chef America. She is daughter to Spiro Pete Cora and Virginia Lee. She has earned Bachelor of Science degree in Exercise Physiology and Biology from the University of Southern Mississippi. She is also co-founder of Chefs For Humanity. She also worked as the spokesperson for InSinkErator Evolution series garbage disposals. She also served as the Executive Chef for Bon Appétit magazine. Currently she is working as the co-host of the show Around the World in 80 Plates which is broadcasted thorough Bravo cable TV network.

In 2012 she was all over the news after she was charged with charged with DUI for driving with alcohol intoxication. Later she apologized for her careless behavior. Talking about her personal life she is lesbian and she is already tied in knot with her longtime partner. Recently it was announced that they are going to get divorce after 17 years long relationship and two years long marriage. Divorce has not been finalized yet. the couple is blessed with four sons. They gave birth to their children through in vitro fertilization.

After dating for 17 years they turned their relationship into marriage. Together they are parents of four sons. Reason behind filing divorce has not been disclosed yet. May be they will turn down their decision of getting divorce.

He is the eldest son. He was born through In vitro fertilization process.

He was also born through In vitro fertilization process. He is very cute boy.

He is a healthy kid. Like all his siblings he was also born through In vitro fertilization process.

He is the youngest of all. Couple has given birth to really gorgeous child.