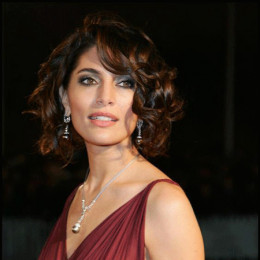 Caterina Murino is an Italian actress, who rose to fame after playing in the 2006 adaptation of the James Bond novel Casino Royale, as Solange Dimitrios. She initially wanted to be a doctor but later she changed her mind and began her Television career in 2002. She was a contestant in 1996 Miss Italy contest, where she finished fourth. Between 1999-2000, she studied drama at the Scuola di Cinema e Teatro.

Moving on to her personal life, she is yet unmarried but she might have some plans to settle down with her someone special in the near future. Currently, she is dating a French international Rugby Union player.

Before that, she had been through several relationships in her past days. To get her recent updates and known her better we can follow her on Twitter @caterinamurino.

Murino's net worth is estimated to be around $4 million at present.

Murino was born on 15 September 1977 in Cagliari, Sardinia. She wanted to be a doctor initially. She learned drama at the Scuola di Cinema e Teatro run.