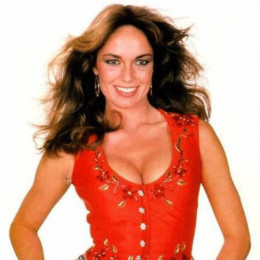 Catherine Bach is an American actress, best known for playing in the TV series like 'The Dukes of Hazzard' as Daisy Duke and in 'African Skies' as Margo Dutton. Her mother Norma Jean Kucera, an acupuncturist was of Mexican descent and her father Bernard Bachman, a rancher was of German ancestry. She attended Stevens High School in Rapid City, South Dakota and graduated in 1970.

Regarding Catherine Bach's personal life, she has been married twice till date and is a mother of two beautiful daughters. Her first marriage lasted for five years and the couple did not have kids from their marriage. Her second marriage was going fine but all of a sudden her husband committed suicide. She has two kids from her second marriage. She has dated few guys in her past days.

He is the first husband of Catherine. The couple does not have any children from their 5 years of marriage.

He was the second husband of Catherine, who was co-founder of the law firm Kleinberg Lopez Lange Cuddy & Klein. He shot himself and committed suicide on 30 April 2010.

She is the first child of Catherine who was born safe and healthy.