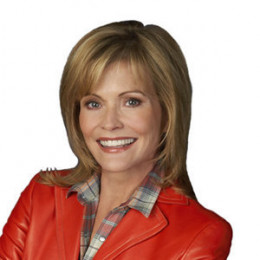 An Emmy and duPont-Columbia Award-winning journalist, and the youngest state judge to ever be elected in Texas, Catherine Crier is now a managing partner in Cajole Entertainment developing television, film and documentary projects. She earned her Bachelor of Arts degree in political science and international affairs, then received a Juris Doctor in from Southern Methodist University School of Law. Crier was hired to co-anchor the premiere evening newscast on CNN. And after six years she joined ABC News.

She has been married twice through out her life. She was previously married to Michael Barrett, a State Senator for the 3rd Middlesex District of Massachusetts. They were in marital relation for about eleven years and finally separated. Then she was married to Christopher Wilson, a Deputy Director of the Mexico Institute at the Woodrow Wilson International Center for Scholars.

She was previously married to a politician, Michael Barrett. They end their relationship due to their personal dispute.

Since 1994, she has been happily married to Christopher Wilson. There is no any sign of them getting divorce.