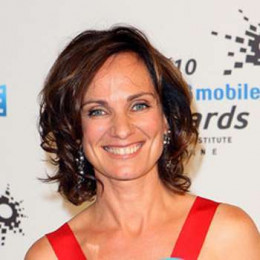 Catherine McClements is an Australian actress who has been known for her performances in several well-known films and television series. She was born in Melbourne and is a graduate of the National Institute of Dramatic Art. Her role of Rachel Goldstein in the drama Water Rats has been widely appreciated along with her acting credits on Prisoner, Wentworth and the plays like The Other Place and Phedre.

Catherine has been married for a long time. She is the mother of two children with her current husband. She and her husband seem to be getting along pretty well and have not been rumored to be going through marital problems that might lead to divorce. She has been married for the past 26 years and the relationship is sure to continue for a long time.

Jacek and McClements have been together since the 1980's and have been getting along pretty well with two children.

Coco is the first daughter of the couple.

Quincy is the only son of the couple.