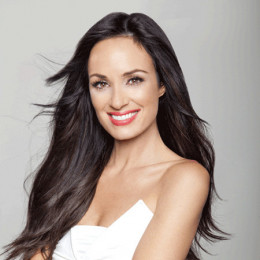 She is an Emmy award winning journalist, best known as the correspondent and co-anchor for E! News. Being associated with E! Live, she has covered Golden Globes, Red Carpet events, Academy Awards and more. She was recently named as "One of the Top 10 Next Broadcasters of Our Generation" by Los Angeles Times. She graduated with a degree in journalism from Indiana University. She is the daughter of Stan Sadler.

Catt Sadler is totally straight when it comes to her sexuality. Till now she has been married twice. She was married to her first husband for almost seven years and during that time they raised two sons together. After the divorce with her first husband she got married her second husband in 2011 and since then they are together. Currently, the family resides in Los Angeles.

He is the first husband of Sadler, who by profession is a fashion executive. The two first met while they were in college.

He is the second and current husband of Sadler, who is a British Film producer by profession.

He is the first son of Sadler. His images can be viewed on the internet easily.

This handsome guy is the second son of Sadler, who was born safe and sound.