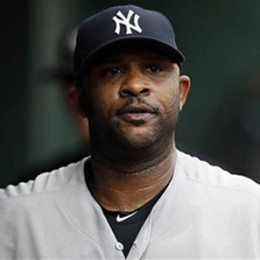 Sabathia, an American baseball player of African ethnicity was born in Vallejo, California who plays as a pitcher from New York Yankees. Sabathia went to Vallejo High School to complete his high school studies where he fostered in football, basketball, and baseball. He started playing baseball professionally after being drafted in the first round of Cleveland Indians in 1998. Sabathia started playing in Major League from the team in 2002 and played from Indians till 2008. He was signed by New York Yankees in 2009 and has been playing for them till now.

CC Sabathia is basically known for his bulky body and remarkable height. He is right handed in real life but he does throwing and batting with his left hand. Sabathia lived with his family previously in Fairfield, California but later moved to New Jersey after signing to New York Yankees. He has also worked in the promotional video of the video game Battlefield Bad Company 2. Sabathia is married to Amber Sabathia and has four children, two sons, and two daughters.

CC Sabathia and Amber had first met in high school. Amber has founded a kids clothing store called CCandy inspired by her own kids.

Carsten Charles III is the first son of CC Sabathia. He is involved in basketball team of his school.

Jaeden Arie acts as a model in CCandy clothing of her mother. She is often praised for her adorable looks.

Cyia Sabathia also works as a model for CCandy clothing. She has a cheerful face and is praised as an excellent child model.

Carter also works as a model in CCandy clothing. There is not more information disclosed about him.