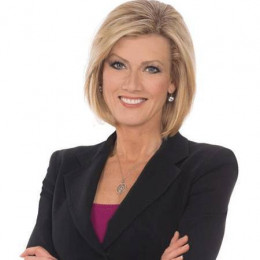 Tynan was born on March 19, 1969, Newtown, Connecticut, U.S. She is an American belonging to the White ethnicity.

Tynan achieved a degree in journalism and politics in 1991 from Washington and Lee University. She has already achieved American Meteorological Society television seal number 1099. She was also former weather and news anchor of KTNV in Las Vegas.

In 2009, Tynan became the chief weathercaster/meteorologist of the WPVI-TV station. She holds an American Meteorological Society television seal number 1099.

Talking about her personal life she has already been married twice. Her first husband, Michael Badger was a teacher. Everything was going right except after some years due to some personal reason they got divorced.

Later, she married Greg Watson. Together they are blessed with two beautiful children. She has not disclosed the name of her children yet. After her second marriage, there has been no report and rumor regarding her other affairs. It seems like she is happy after all and found her love of life.

Cecily Tynan earned a huge amount of salary from her work. Her salary ranges 990,000 – 1,000,000 as per some online sources. She has maintained a good net worth in her life.

Cecily Tynan with AccuWeather, check out the video,

Professionally he is a school teacher. He was her first husband. After long marriage relationship, they got divorce due to some personal reason.

He is her second husband. They seems very happy with each other. Together they are parents of two beautiful children.