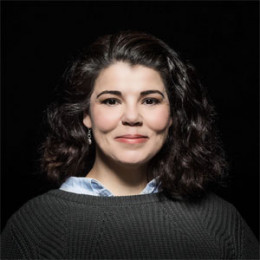 An award-winning journalist Celeste Headlee has appeared on CNN, BBC, NPR, PBS World, and other many international networks. She is also the host of the Georgia Public Broadcasting program "On Second Thought." She is well known as a professional opera singer, with multiple degrees in music.

Headlee is a happily married woman and she has not mentioned the name of her husband. She is blessed with two children a daughter and a son.

Celeste Headlee was born on December 30, 1969, in Whittier California. She is the daughter of European descent father Larry Headlee, a marine geologist and mother Judith Anne Still, a writer. Her grandparents are William Grant Still and Verna Arvey.

Headlee graduated from Idyllwild Arts Academy. She earned a B.A. in vocal performance at Northern Arizona University with honors. Also, she received Master of Music in Vocal Performance from the University of Michigan.

Celeste Headlee started his career as an anchor. At first, she started working at Arizona Public Radio station KNAU. In 2001, she became a reporter and anchor of Detroit public Radio WDET-FM where she hosts one hour program called Front Row Center.

Headlee worked as a host in the different NRP shows such as Tell Me More, Weekend Edition, Weekend All Things Considered, Talk of the Nation. Before that, she was the host of the show the Takeaway from Public Radio International and WNYC New York.

Celeste Headlee Discusses Her New Book, "We Need To Talk: How To Have Conversations That Matter"

She narrates documentary Packard: The Last Shift in 2014 for the Detroit Free Press. On the same year, she hosted the Georgia Public Broadcasting program On Second Thought, the radio show focuses on local and national news as it relates to Georgia and the South.

After she received Master of Music in vocal performance studying with Leslie Guinn and George Shirley, she has studied song interpretation with Martin Katz. She has performed at National Gallery of Art, the Distinguished Artist Series, the Church of the Red Rocks, Wayne State University and others. Also, she performed with the various company as the Sedona, Michigan Opera Theatre, the Sedona Arts, the Great Lakes Lyric opera.

Headlee was the editor of the second edition of the book, Willian Grant Still and the Fusion of Cultures in American Music which was composed by her grandfather. She compiled the first complete thematic catalog of Still's works. 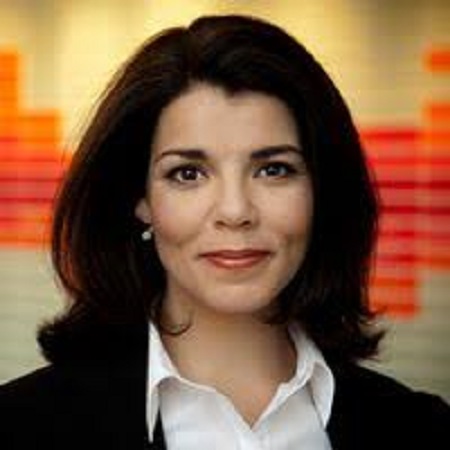 Celeste Headlee has won awards from Michigan Associated Press as the Metro Detroit Society of Professional Journalists. When she was in Arizona she became a member of Artist's Roster of the Arizona Commission on Arts. She was named the Getty Arts Journalism Fellow at USC's Annenberg School of Journalism in 2011.

She has not revealed her net worth. As she is one of the well-known journalists we can assume her net worth is not less than million.

Headlee is a married woman but she has not mentioned the name of her husband. The couple is blessed with two children a daughter Grant Headlee and a son.

Headlee is living a happy life and we haven’t heard any problems between them. She is active in social media like Instagram where she frequently posts the pictures of her pet dog.

Headlee is the granddaughter of composer William Grant Still who is best known for being the composer of The Dean of African-American. He was also the first African-American conductor and composer to conduct a major American orchestra and to compose one of his operas performed by a major opera company.