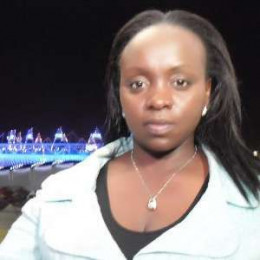 Celestine Karoney is a sports reporter of African origin working for CCTV Africa. She started her career from a local station, Kenya network, and worked there for four years. Celestine joined CCTV Kenya in December where she worked as a trainee reporter making her way out to become a reporter. She is known as a reporter who is passionate about reporting and has traveled several countries.

Celestine Karoney follows the news of football, rugby, athletics, and cricket mostly. The major news coverage of Celestine include the World championships in Athletics, the 2009 Rugby sevens world cup, the 2010 commonwealth games, London Olympics 2012 etc. She is a sports fan herself who loves Manchester United. Celestine is also a fan of football, rugby, formula one, tennis, cricket, and golf. She has not disclosed any information in public regarding her relationships.