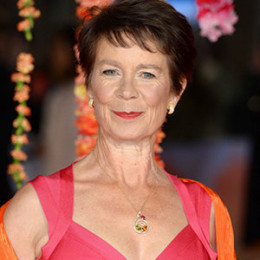 Born in Guildford, Surrey, England, UK with a British nationality, Celia is mainly known for her works as an actress. Her parents were mother Diana Elizabeth Blois and father David Andrew Imrie who was a radiologist and was from Scotland. She completed her high school from Guildford High School. Then she went to Guildford School of Acting. She is known for the television series The Nightmare Man, Oranges Are Not the Only Fruit, Casualty, Absolutely Fabulous and the movies Bridget Jones's Diary (2001), Star Wars: Episode I - The Phantom Menace (1999).

When Imrie was fourteen, she was admitted to St Thomas' Hospital suffering from anorexia nervosa. Under the care of controversial psychiatrist William Sargant, she was given large doses of the anti-psychotic drug Largactil. She had once stated that she still has the nightmares of Sargant. She had a relationship with an actor Benjamin Whitrow and even had a son with him. But later they got separated.

Angus is her only son with Benjamin Whitrow. She has worked with Angus on-screen as well who appears as her son in "Kingdom".