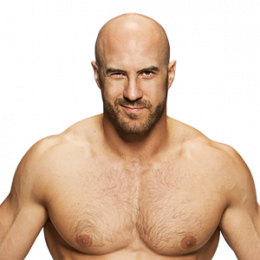 Swiss pro wrestler Claudio Castagnoli is a renowned face of WWE currently signed for the Smackdown Brand. He is professionally known by his ring name Cesaro. Antonio Cesaro won the WWE US championship in 2012. Casero is also a 5-time tag team champion in WWE(Raw) with his partner Sheamus and Tyson Kid.

Best known for his emphasis on European origin gimmick style and superior intellect in the ring. Cesaro has also appeared in a Hollywood movie The Wrestler (2008) which got a number of Oscar nominations. Cesaro is in a relationship with his girlfriend Sara Del Rey since 2011.

Born in Lucerne, Switzerland on 27th December 1980. Cesaro is Christian and a white European. He was strong and sporty from the early young age. Cesaro grew up following sports like tennis, soccer, and basketball which he is still found to be following.

It was in his late teens when he developed an interest in professional wrestling. In the initial days, he started training and participating in wrestling mainly in Switzerland and Germany.

He made his debut in 2000 at the German based-Westside Xtreme Wrestling. He used Japanese gimmick along with wrestler Ares and they were together known as Swiss Money Holding.

He also traveled to Europe and was trained by Dave Tyler. Soon after he got back in Switzerland, Cesaro was invited to the USA for wrestling.

It is US green card lottery that brought him into the United States. He got lucky on his first try. He then quit the job back home and permanently moved to the US to pursue a career in wrestling in 2004.

After getting settled in the USA, Cesaro completely devoted his life to wrestling. He made regular appearances for Ring of Honor and Chikara.

In 2003, Cesaro and Ares made their Chikara debut at Tag World Grand Prix. He then got a deal with World Wrestling Entertainment. WWE got impressed with his backstage appearance on RAW. Cesaro returned back to Chikara in 2007 as a masked character “ A Very Mysterious Ice Cream”.

During Cesaro debut appearance on Ring Of Honor in 2005 he feuded with Nigel McGuinness the Pure Champion. But he couldn't challenge for the title as long as Nigel was the champion. For the pursuit of ROH World Championship Castagnoli left Kings of Wrestling in 2007.

Casero succeeded in the single title in Ring of Honor in 2007 winning Race to Top Tournament. Cesaro defeated Hallowicked, Mike Quackenbush and Jack Evans paving his road to the final. Again, Cesaro got one of his biggest victory in ROH pinning Bryan Danielson in 2008.

In 2008 Cesaro and Brodie Lee started a new feud. Cesaro defeated Lee in the first Chikara steel cage wrestling and the won seven-on-seven face-off between Chikara Wrestlers and Big Japan Pro Wrestlers. In 2009, Castagnoli entered King of Trios with Dave Tyler and Bryan. The team succeed to reacht he final but eventually got defeated by F.I.S.T. 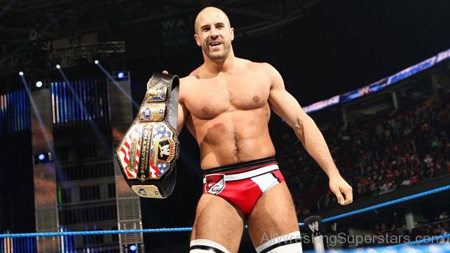 Cesaro back in 2006, for the first time, entered Battle of Los Angeles Tournament and again got eliminated in the first round. After his four years in the tournament, he couldn't make major wins.

From 2008 to 2011 Cesaro also got involved with Pro Wrestling Noah.

In 2011, Cesaro got signed with WWE. He performed in Florida Championship Wrestling for a year. He teamed up with Michael McGillicutty but faced several losses. He then made his WWE Television debut and defeated Santino Marella to win his first singles title in 2012.

On April 2013 he lost his championship to Kofi Kingston and started a feud with Sami Zayn in NXT. Again in 2014, he created a new duo named The Real Americans with Jack Swagger. The Real Americans competed with many tag teams but couldn't get much success.

Cesaro also won the Best John Cena US Open in 2015. Presently, he is teaming up with Sheamus on Smackdown.

He is double Tag World Grand Prix champion with Arik Cannon and Chris Hero in 2005 and 2006 respectively. Cesaro is a one-time PWG World Champion. In 2014, Cesaro was ranked 13 by Pro Wrestling Illustrated.

In 2014, he received the inaugural Andre The Giant Memorial Trophy. While in 2015, he received Slammy Award-winning Best John Cena US Open Challenge. He is regularly noted as Most Underrated Wrestler by Wrestling Observer Newsletter.

Cesaro has won several awards and achievements. He is also among the richest wrestlers and earns a lot of his income from winning bonuses.

The current winning bonus is $90,000. Cesaro also has been making good cash from his appearance in different tv shows and films. The median professional wrestler makes about $500,000 a year and Casero certainly earns more than it. 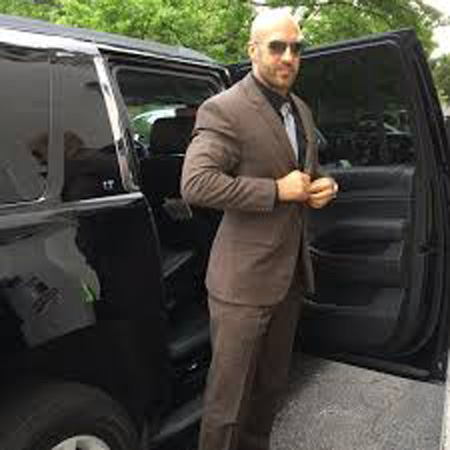 Therefore, Cesaro posses good net worth of $1.5 million. Till now Cesaro is confirmed to earn, $68,750 a year from the sponsorships alone. Cesaro has gradually increased his income considering his net worth in the previous year.

Cesaro and Sara Del Rey are in relationships since 2011. Till now the couple has maintained a good relationship. There have been no rumors about their fights and breakups. Sara is also in the wrestling field. She is a retired professional wrestler and also a trainer.

Antonio Cesaro has different hobbies including gym training and playing videos games. He is also a movie freak. He says his favorite actors are Johnny Depp and Emma Stone. The duo is often seen regularly appearing is various movie premiers. 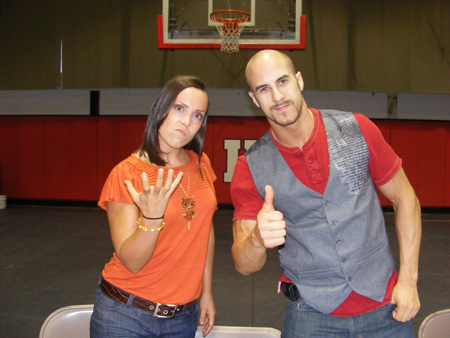 He also has a brief appearance in 2008 wrestler drama film The Wrestler. He was also seen regularly appearing on The JBL and Cole Show, a WWE web series. Video game lover, Cesaro has also made his video game debut in WWE’13.

He also had a short appearance on Total Divas from 2013-2017 with other WWE superstars.