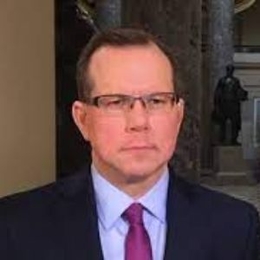 Chad Pergram is an American award-winning journalist in Washington D.C. who has been a political reporter at Fox News, and a chief correspondent for Capital News. For his consequent effort in the broadcasting field, Pergram won the Edward R. Murrow Award and the Joan Barone Award for reporting on Capitol Hill.

News reporter Chad Pergram is a married man. He's been happily married to longtime partner Carrie Giddins. The pair tied the knot on 15 November 2011. Pergram and his wife exchanged vows in a private after dating for several years. According to Carrie, the couple's big day was captured by KCK photography in Boston. 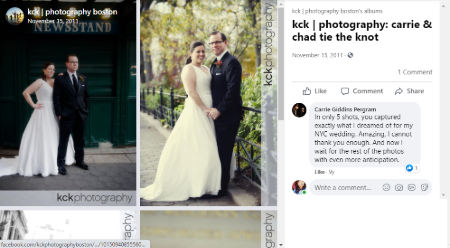 In addition, Pergram's wife is a political consultant and a professor of political communications. Mrs. Griddins is also best known for working at the Instructor Department of Government and SOC School of Communication i.e. affiliated with American University (Washington D.C).

Chad and Carrie relish their decade-long marital life with no signs of extramarital affairs and divorce rumors. Despite being a renowned personality, Chad and Carrie prefer to keep personal details and profiles on the low. In addition, Pergram has not yet opened up their plans of having children.

Chad Pergram has an estimated net worth of $3 million, as of the year 2021. He receives a salary of $42,010 to $141,819 per year. Needless to say, his primary source of income is his career as a journalist. Currently, Pergram shares a lavish home with his beloved wife in Alexandria, Virginia.

Chad began his broadcasting career by interning straight from high school at WKRC-AM in Cincinnati before becoming a reporter and anchor. Pergram also joined the public radio station WMUB-Fm while studying at Miami University in Oxford, OH.

In addition, Chad later became the senate producer for C-SPAN in 1993, served at NPR, and even produced and anchored newscasts. Pergram reported for Capital News Connection before joining Fox News in September 2007 as a senior producer for the House of Representatives.

Carrie Griddins Pengram and Chad Pengram are happily married for more than ten years. They tied a knot in November 2011 and still going strong.