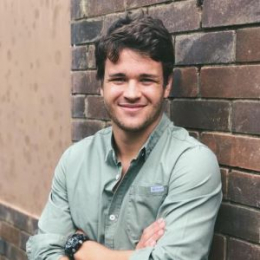 Professional American wakeboarder Chandler Powell came to prominence after his romantic fling with the Australian-American actress and host, Bindi Irwin. Chandler is also known for winning a triple crown title in 2014 and finishing top 3 in the Wake Park World Series.

Who Is Chandler Powell's Girlfriend? Know About His Fiancee, Relationship

Chandler Powell is engaged to his fiancee, Bindi Irwin who is an Australian host, television personality and conservationist by profession. The couple started dating back in 2013 and since then no signs of break up or split has come till this date.

I am so excited to marry you @bindisueirwin

The pair first met at Australia Zoo and got into romantic fling shortly after. What's more, Chandler even relocated from Florida to Australia to live with his lover. After dating for 6 years, Chandler proposed his longtime girlfriend in honor of her 21st birthday.

On my birthday I said ‘yes’ & ‘forever’ to the love of my life.
Chandler, close to 6 years ago I fell in love with you & every day since has been a whirlwind of adventure & true happiness.
Here’s to a lifetime of friendship, purpose & unconditional lovepic.twitter.com/eaI57xwYWm

Chandler and Bindi are taking their relationship to further step and tie the knot soon. Moreover, Bindi's brother, Robert Irwin will walk her down the aisle in place of the late father, Steve Irwin. Meanwhile, Powell shares a good bond with his future's bride family.

How Much Is The Net Worth Of Chandler Powell?

Chandler Powell holds the net worth of around $500 thousand. He garnered this wealth from his career as a professional skateboarder. In addition, the average salary of a skateboarder is around $20 thousand per month.

Quite possibly one of the cutest little animals in the world. No wonder echidnas are @bindisueirwin ‘s favorite

Powell started his career as a skateboarder just at the tender age of 4. However, he only attracted attention before switching his profession to wakeboarder. Moreover, he became a professional wakeboarder at the ae of 15 and competed in different countries like China, Australia, Phillippines, London, and Abu Dhabi.

Chandler also collects a good stack from other additional works which includes brand endorsements, advertisements as well as other monetary works. Furthermore, he earns sponsorship famous brands such as Airwalk Shoes and Powell Skateboards. 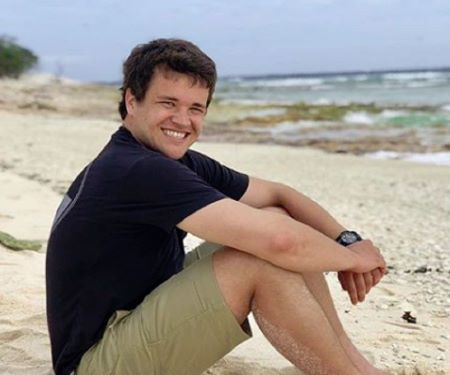