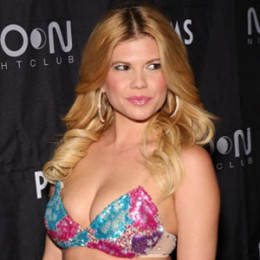 Chanel West Coast started dating Liam Horne, Scottish Singer on 24th April 2014. In 2014, Coast confirmed that she has begun recording her debut studio album set to be released in 2016, which was originally projected to drop in 2014. In 2015, Coast released a new song which was featured on Rob Dyrdek's Fantasy Factory entitled 'Bass In The Trunk'.

Chanel West Coast was born on September 1, 1988, in Los Angeles, California, the U.S. Her father was a DJ and he took her to nightclubs throughout the city as a child.

Chanel West Coast was introduced to TV in 2008 by personality Rob Dyrdek as his receptionist while he was featuring on the MTV reality series Rob Dyrdek's Fantasy Factory. She started recording music in 2009.

Chanel West Coast is possibly single at the moment but previously she dated her then-boyfriend, Lian Horne.