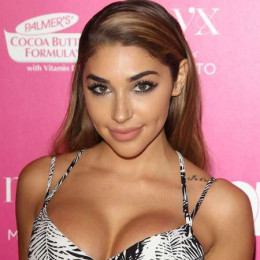 This young lady is a model and popular face on Instagram, known for her video content on the picture sharing network rather than her pictures. She has earned over 2.2 million followers. As a model, she has modeled for Mint-Swim and Fine Ass Girls, lines by Draya from VH1's Basketball Wives. Moving on to her family background, she was raised by her parents along with her two brothers and is of Peruvian descent.

Accounting her personal life, she is yet unmarried as she is just 21 years old and is too young for this. Her current relationship status is single, which may be a good news for all her male fans and followers. Actually, she came to prominence and got media's attention after being in a relationship with popular Canadian singer JB. She has been through several controversial issues till now and has been charged accordingly.