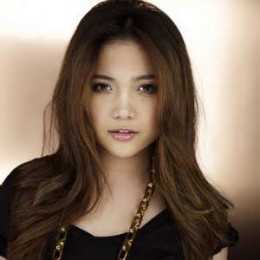 Charice Pempengco is a Filipino singer, who rose to fame through YouTube. Oprah Winfrey named her as "the most talented girl in the world", she debuts her international studio album Charice in 2010. The album ranked number eight on the Billboard 200, which led Charice to be the first Asian solo singer in history to land in the Top 10 of the Billboard 200 albums chart. Before fame, Charice has competed in a number of singing contests as a child to help support her family. She became an internet sensation when FalseVoice posted a video of her singing, on YouTube in 2007. She played the role of Sunshine Corazon on three episodes of Fox's hit series Glee from 2010 to 2011. On October 2011, Charice's estranged father, Ricky Pempengco, was stabbed to death in her hometown in the Philippines, forcing her to cancel a concert in Singapore.

The former Glee singer Charice Pempengco proudly and publicly came out as a lesbian during the interview with Boy Abunda, host of the Filipino showbiz shows The Buzz. She also mentioned that she has had past relationships with other girls in the industry. In spite of her sexual orientation and various criticism, she has always proved to be one of the most talented singers and has millions of fans around the globe.