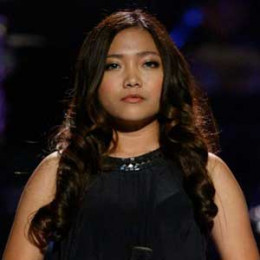 The Pilipino singer, Charice Pempengco came to the limelight from her videos from YouTube. She is one of the talented people in the world. Pempengco worked as various characters as- singer, songwriter, and actress. Charice is recently single after her break up. She announced being a lesbian with mixed ethnicity of Cebuano and Tagalog or Chinese.

The music sensation, Charice was born on 10th May 1992 in Cabuyao City, Laguna Philippines with the birth name Charmaine Clarice Relucio Pempengco. She was raised by a single mother along with her brother, Carl. She holds the nationality of Philipines and belongs to Filipino ethnicity.

At the age of four, Charice witnessed domestic violence; her father pointed a gun at her mother. After that incident, they left their father in search of good life.

Charice was interested in singing right from the very early age. When she was 7, she participated in a singing competition on TV. Pempengco won various contests and had taken part in 80-100 contests. Later on, she participated in Little Big Star for kids and appeared as a wildcard contestant and won the third position. She supported her family with the prize money she won.

Charice, the talented singer, began her career in music from 2007. She started her  YouTube channel title charice. Then she was called by a music publishing company in Sweden after listening to her voice through YouTube.  The company provided her with the opportunity to showcase her talent which she did and recorded seven songs including six cover songs and an original song, Amazing. In the same year, she was called by Star King, a Korean talent show. Charice gained a lot of recognition and was invited by Ellen DeGeneres to the United States. It was her first time in the US and performed her best.

Till now she has released numerous albums which include Infinity, Charice, My Inspiration, Grown Up Christmas List and Chapter 10.Many people were impressed by her singing and Oprah is one of them.

She also sang a duet with Andrea Bocelli and with her icon Celine Dion too.  Apart from them, Charice shared stages with the various famous celebrities like- Micheal Buble, Josh Groban. She also performed at three of the president, Barack Obama inauguration.

In her career as a musician, Charice has secured the 8th position on the US Billboard Hot 200 chart, and she is the first Asian to enter Top 10 of the Billboard. Besides singing Charice also appeared as a guest character in a popular TV show Glee. This talented lady has won almost 27 awards in her career.

She came as hot news after the announcement about her sexual orientation. After years of media speculation, Pempengco officially announced being a lesbian and she completely changed her look from girlish to boyish. She is currently single and unmarried. As per her interviews, her mother has problems with her being a lesbian.

Recently, she broke up with her girlfriend, Alyssa Quijona after years of being romantically involved. It is stated that they separated with mutual understanding.

The versatile singer has an estimated net worth of $16 million. Charice has a YouTube channel with around 300k subscribers. She recently bought a house in the United States. She also earns a good amount from her albums and concerts.