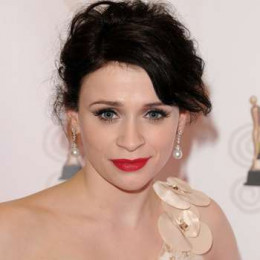 Charlene McKenna is an actress of Irish nationality, known best for being cast as Jennifer in the television series Pure Mule. She has also appeared in several other television dramas including Single Handed 2, Whistleblower, and Raw and is also the recipient of Irish Film and Television Awards on the year 2009. She was born in Glasslough, Ireland and has been involved in acting since the past many years.

Charlene has been dating her longtime boyfriend in a long distance relationship. She has been with him after she met him on the sets of the Ripper Street. She has been devoted to him and had even moved to New York to be with him. However, upon being granted a big role, she has moved to Morocco to shoot for her upcoming acting endeavor.