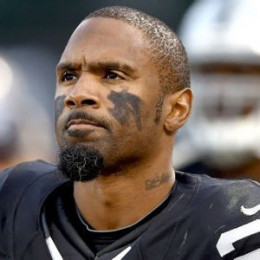 Charles Woodson is a Pro Bowl NFL cornerback who led the league in interceptions with the Green Bay Packers in 2011. He won the Heisman Trophy and the 1997 National Championship at the University of Michigan. Woodson attended the University of Michigan, where he played for coach Lloyd Carr's Michigan Wolverines football team from 1995 to 1997. Woodson finished his college career with 18 interceptions and 30 passes defended. In 2016 it was announced that Woodson would be joining ESPN's Sunday NFL Countdown.

He has been married to his college girlfriend April Woodson. The couple tied tied the knot after several years of dating each other. He is now living together with his beautiful wife and two children. They have not disclosed more information about their family life. Charles considers himself one of the lucky guy to get wife who supports whole family and take good care of them.

The couple have been together since a long and are tied by the knot of marriage. They share two children.